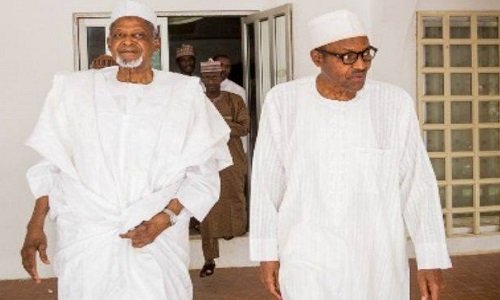 President Muhammadu Buhari has described Kano-based businessman, Alhaji Aminu Dantata, as a source of hope and inspiration for the nation.

The president was quoted as saying this in a letter of commendation dated July 15, 2016 to the businessman.

A statement by the Special Adviser to the President on Media and Publicity, Mr. Femi Adesina, said Buhari lauded Dantata’s numerous philanthropic gestures, “especially the lying-in-ward, inclusive of amenity rooms and the recent Intensive Care Unit, built and equipped to international standard, all situated at the National Orthopaedic Hospital, Dala, Kano State”.

According to him, these gestures are practical demonstrations of Dantata’s deep-seated concern for the well-being of Nigerians.

“You are, indeed, a source of hope and inspiration for the nation”, he added

President Buhari also expressed the profound gratitude of the government and people of Nigeria to Dantata for his “significant contributions to national unity and national renewal”.