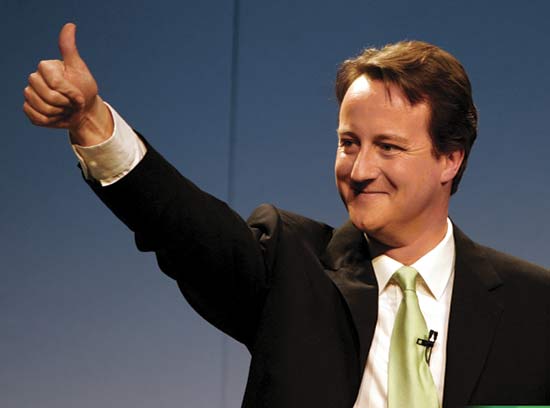 We reported earlier that Britain’s prime Minister, David Cameron will resign on Wednesday, paving the way for his predecessor, Theresa May.

If his demeanor is anything to go by, Cameron is leaving the job with a considerable degree of cheer as he hummed cheerily as his time at No. 10 Downing street, the Prime Minister’s official residence comes to a close.

.@David_Cameron humming a Winnie-the-Pooh style hum as he says goodbye to the cares of office. pic.twitter.com/kcydnLZBg4