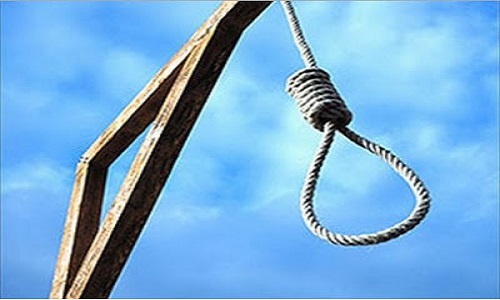 A 28-year-old housewife, Mrs. Mary Attah, was on Monday sentenced to death by hanging by an Effunrun High Court, Uvwie council area of Delta State.

Mrs. Attah was accused of killing her husband over four years ago.

According to the prosecution, the convict stabbed her husband, the late Pastor Darlington Attah, with a kitchen knife and later set him ablaze on July 6, 2012, for allegedly receiving a call from an unknown lover.

Delivering judgment in the matter earlier today, the presiding judge, Justice E.I. Oritsejafor, found the accused guilty of the one-count charge brought against her by the state government and sentenced her to death by hanging, accordingly.

The judge, who dismissed the convict’s plea of self-defense in the murder of her husband, also leaned towards the argument by the “learned Assistant Director for the Prosecution that there is just no possible defense to avail the accused person when she stabbed her deceased husband in the neck with a knife and thereafter doused him with fuel before she struck the match on him”.

According to Justice Oritsejafor, the convict’s intention was to kill the deceased or do him grievous bodily harm.

“The law is trite that a man intends the natural consequences of his act”, he added.

“The sentence of this court upon you, Mary Attah, is death by hanging by the neck till you be dead and may the Lord have mercy on your soul”, he declared.