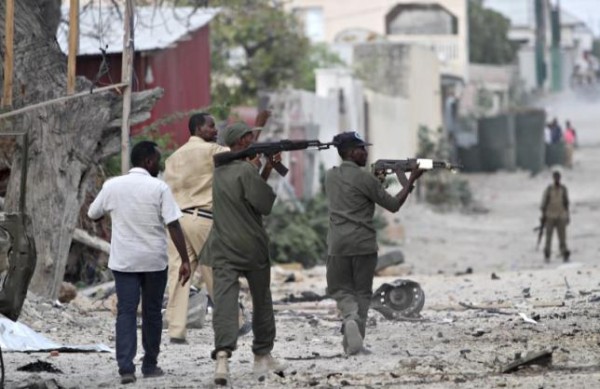 At least 13 people are feared dead following two deadly attacks in the Somalian capital of Mogadishu.

Both bomb blasts targeted an army base for African Union troops and three of the casualties are civilians.
The first blast went off near the entrance to the base while the second went off at a checkpoint close to the base.

Terror group, Al Shabaab has claimed responsibility for the bombings in a statement to news channel Al Jazeera.

“Our Mujahideen targeted Halane which is base to the foreign forces occupying our Muslim country. We have killed dozens of them,” Abdulaziz Abu Muscab, a spokesman for the group, said.