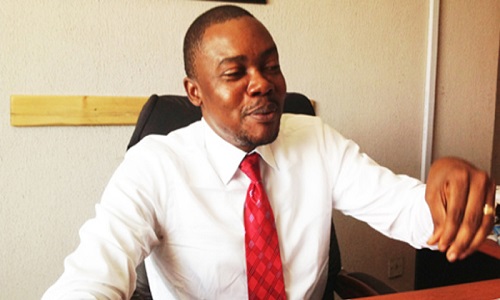 A former President of the Trade Union Congress (TUC) and chieftain of the All Progressives Congress (APC), Comrade Peter Esele, has appealed to members and supporters of the party in Edo State to join forces and support the party’s candidate in the September 10 governorship election, Dr. Godwin Obaseki, so that he will emerge victorious.

He made the appeal while speaking with reporters in Benin City, the Edo State capital, yesterday.

Esele, who contested the June 18 governorship primary election in which Obaseki was declared winner, appealed to his co-contestants to jettison the idea of working against the APC because the primaries did not go their way.

He said: “I think the most important thing is that we have listened to our flag bearer. For everyone to be at the stadium, it actually showed we want to see our party succeed. The party is bigger than individuals.

“Just like my training in the labour movement, the way I am wired is that; we can slug it out, we can debate, we can argue, but at the end of the day we must not lose sight that we need the platform, the APC”.

The former unionist also disclosed that his compatriots from Edo Central District are not comfortable with certain developments in the state.

“I think it is something we have to address, but my appeal to most of them is: politics is not a race. So, the fact that you did not get what you wanted today does not mean you won’t get it tomorrow. What I have always said is that when you see a society where people are still preoccupied with primordial sentiments, such as ‘it is our turn’, it means there is no equity in development. If there is equity in the developmental state, you won’t hear people saying that.

“So, those who are complaining in Edo Central have the right to do so. Their complaint is justified. So, it is now left for the party leadership to look at these complaints objectively and see how to assuage their feelings. For me, I think that is key”, he stated.

Esele also decried the attitude of politicians who put themselves first and not how to put food on the table of the people, saying the trend is dangerous for Edo State and Nigeria in general.

According to him, “A society where politicians reduce governance to individual interest will sooner or later fall apart. I think the challenge right now is for people to look beyond that narrow angle. It is also up to the party to assuage the feelings of the people of Edo Central.

“Sincerely speaking, I have always looked at things from a broader perspective. But I find out that in politics it is a different ballgame”.