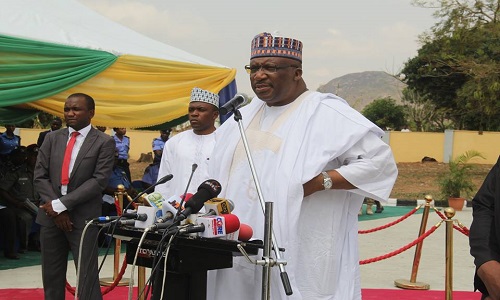 The Federal Government has declared Wednesday and Thursday public holidays to mark the eid-il-fitr.

The holidays was declared by the Minister of Interior, Lt.-Gen. Abdulrahman Dambazau (retd.) in a statement issued Tuesday in Abuja.

According to Dambazau, the decision to review the public holiday from the Tuesday and Wednesday earlier declared by the federal government, followed “the directive by the President General of the Nigerian Supreme Council for Islamic Affairs, Alhaji Sa’ad Abubakar III, the Sultan of Sokoto, to the effect that the Ramadan fast continues today (Tuesday) as a result of the non-sighting of the moon”.

The statement was signed by the Permanent Secretary in the ministry, Bassey Akpanyung.

“In making the declaration on behalf of the Federal Government, the Honourable Minister of Interior, Lt Gen. (Rtd) Abdulrahman Bello Dambazau, urged Nigerians to use this period of sober reflections to ensure harmony, unity and peaceful co-existence, while giving full support to the administration of President Muhammadu Buhari in his sustained effort to pursue socio-economic and political growth of the nation.