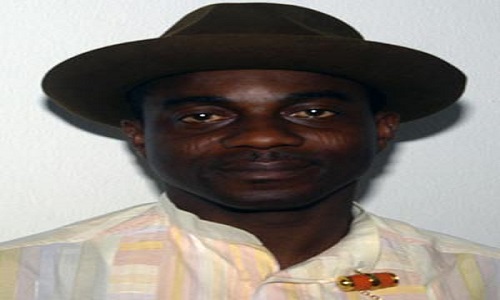 The member representing Sagbama/Ekeremor federal constituency of Bayelsa State in the House of Representatives, Mr. Fred Agbedi, has questioned the Federal Government’s sincerity to clean-up Ogoni land in Rivers State.

But Rep. Agbedi told reporters at the weekend in Yenagoa, the Bayelsa State capital that the exercise was a “photo-trick” on the Ogoni people.

The lawmaker noted that several weeks after the ground-breaking launch of the clean-up exercise amid pomp and pageantry, men and materials have not been mobilised to site in Ogoni land.

The former chairman of the Peoples Democratic Party (PDP) in Bayelsa argued that the delay by the federal government to commence the clean-up was an indication of its lack of seriousness to issues affecting the people of the Niger Delta.

“The Federal Government said it is embarking on the clean-up of Ogoni land. Up till now, no equipment and personnel have been deployed for the clean-up. It is a mere photo-trick to deceive Ogoni people”, he said.

Agbedi, who is Chairman of the House Committee on Gas Resources, also said that the fiscal policies of the Buhari administration were responsible for the economic hardship being faced by Nigerians, stressing that “If drastic measures are not taken, it may turn the nation into crises”.

Agbedi hinted that he and some members of the National Assembly would soon sponsor a bill for a referendum on true federalism and resource control as the panacea to the socio-economic challenges of the nation.

“The Minister of Solid Minerals, Dr. Kayode Fayemi will appear before us and say one of his challenges was that of illegal miners, and that the Federal Government is working out ways to organise those that can be encouraged into co-operatives.

“But when it comes to the Niger Delta region and our people refining our crude, they call it economic sabotage.

“They don’t see anything good in us. But our resources which they feel belong to them, with that posture, there will be no peace”, he asserted.