With just two months away from the television premiere of the highly anticipated “Empire” season 3, fans are getting more thrilled with the latest spoiler reports that have circulated online.

But their excitement intensified when an “Empire” season 3 poster was recently released, which hinted the possibility of a reconciliation between ex-couple Cookie (Taraji P. Henson, who scored an Emmy nod Thursday morning for her performance) and Lucious Lyon (Terrence Howard). 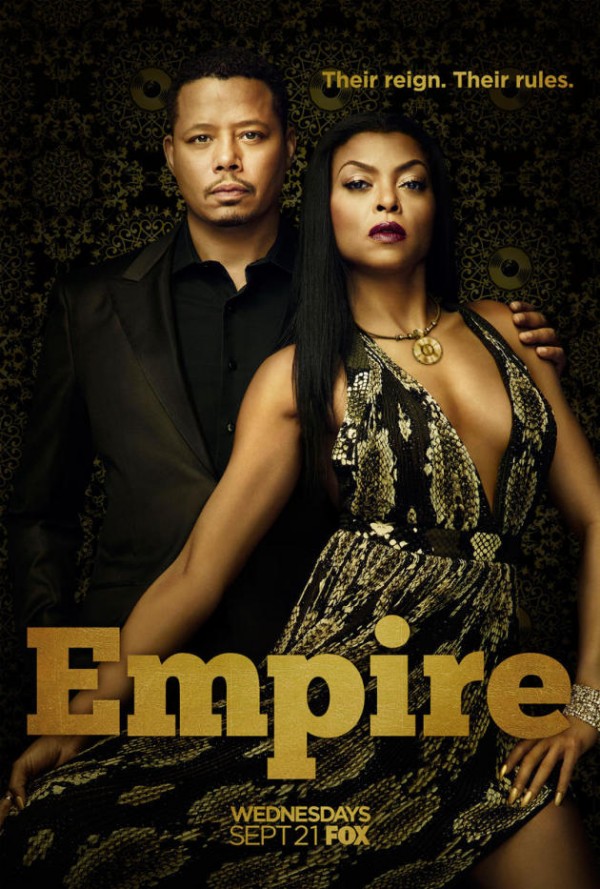 Prior to “Empire” season 3 premiere, many fans were left baffled at the jaw-dropping and cliffhanging conclusion of the previous season. During the final episode, Andre (Trai Byers) walked on Rhonda (Kaitlin Doubleday) and Anika (Grace Gealey) who were both in the middle of a tense argument just in time to see one (or perhaps both) of them falling off a roof in New York City.

Based on the recently released “Empire” season 3 poster above, the cliffhanging finale in the previous season will not be the major focus of the series’ brand new season. According to TV Guide, the poster appeared to suggest that feuding exes Lucious and Cookie Lyon may have resolved their differences and have reconciled just in time to rule their empire together again in the upcoming season.

Aside from the possibility of a reconciliation between Lucious and Cookie, “Empire” season 3 will also feature a “Godfather”-style creation of crime and hip-hop. “Empire” season 3 showrunner Ilene Chaiken also hinted about the return of Lucious’ demons in the upcoming season. 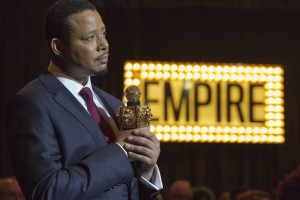 “We’re talking about season three as a Godfather-style opus of crime and hip-hop,” Chaiken said, as per The Hollywood Reporter. “It’s going to be wall-to-wall music, but also all of Lucious’ demons coming back to roost.”

“Empire” season 3 storylines may also include Lucious’ mother, who was not dead yet but was in a nursing home. There are also some flashbacks were fans will get a glimpse of Lucious and Cookie in their teenage years.

As “Empire” season 3 premiere looms, Fox has recently revealed the title for the show’s episode 1 – “Light in Darkness.” The title was reportedly in line on Chaiken’s description of the upcoming season in which she told TVLine that they’re setting up a “battle of dark vs. light.” 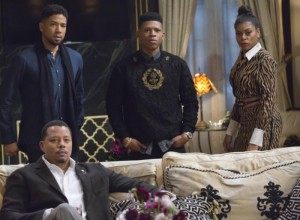 As for Cookie, there would reportedly be a possibility for a new love interest in “Empire” season 3. As reported by Ecumenical News, Cookie’s lover may be played by French Montana.

Montana will take the role of Vaughn in “Empire” season 3. He is reportedly appearing in the first episode of the series.

In addition to French Montana, other “Empire” season 2 guest stars include actress-singer Sierra McClain as Shine’s loyal acolyte Nessa, CarterMatt reveals. Music mogul Birdman is also set to make an appearance in “Empire” season 3, which is set to premiere on Sept. 21, Wednesday, at 9 p.m. on Fox.

Before then let’s enjoy a recap of season 2.