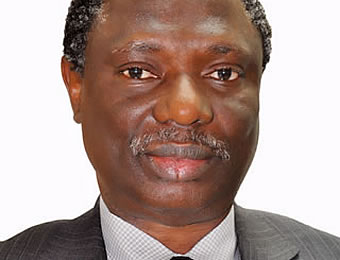 Permanent Secretary for the Federal Capital Territory, FCT, Dr Babatope Ajakaiye have ordered the administration of the Social Development Secretariat to account for all the revenues accrued from a cinema and all the shops it has administered for two years.

Dr Babatope gave the order when he paid an unscheduled visit to the complex as he also ordered immediate closure of the cinema hall following the perceived poor accountability by the management of the complex.

The secretariat, like its counterparts, has remained without a Secretary since the current Federal Government came to power, leaving its administration in the hands of career civil servants, with myriads of challenges.

The Permanent Secretary During his visit, vowed to audit the revenue accruable from the cinema and all the shops administered by the Secretariat in the last two years and also probe the lease agreements for all the shops with a view to ascertaining that all monies collected were duly paid into government coffers.

“The cinema hall that is said to have been leased out is now closed down with immediate effect. We are going to check the agreement that was signed very thoroughly.

“As for the shops, we are not going to close them down, but we want to see the agreements of those that are renting the shops and we are going to audit what has been paid and who has been collecting the money.”

According to him, the administration decided to beam its searchlight on the Social Development Secretariat because of its poor revenue profile.

The Permanent Secretary reaffirmed the commitment of the FCT administration under the leadership of the FCT Minister, Malam Muhammad Bello, to block all financial leakages in the system in line with the change mantra of President Muhammadu Buhari.

He stated that due to the dwindling revenue occasioned by the global slump in oil price, prudent management of scarce resources by the present leadership is what has kept the system afloat.