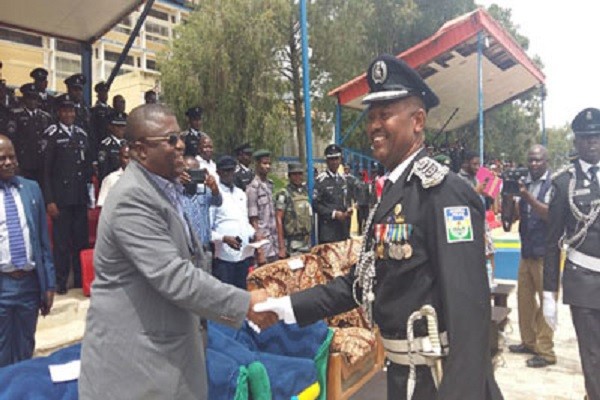 Mr. Onovo, who was appointed IGP in 2009 by late President Umaru Musa Yar’Adua, bared his mind at the Police Staff College, Jos, after the pulling out ceremony of Assistant Inspector General of Police (AIG) Joseph Mbu.

Mr. Mbu was one of the 21 AIGs recently forced to retire by the PSC for being senior to the Acting IGP, Ibrahim Idris, before his appointment.

“It is not fair. When we joined this job as Nigerians no one told us we can be sent away by mere whims and caprices of politicians.

“We were trained both internally and outside. So, all the experiences have gone with the officers. Who do you work with? These are some of the issues”.

Mr. Onovo also showered encomiums on Mbu, who was Commandant of the college until his retirement.

According to Onovo, AIG Mbu (retd.) was an extremely professional, courageous officer.

“Mbu ran and danced where others feared to thread. I think he was the only officer in this dispensation who could look the politicians in the eyes and tell them the truth.

“Such people are rare to come by. Nigeria needs people like them to move the force forward.

“I am happy for him because he is leaving this job with his integrity intact”.