The Federal Teaching Hospital in Gombe was Friday morning engulfed by fire that lasted for about two hours. 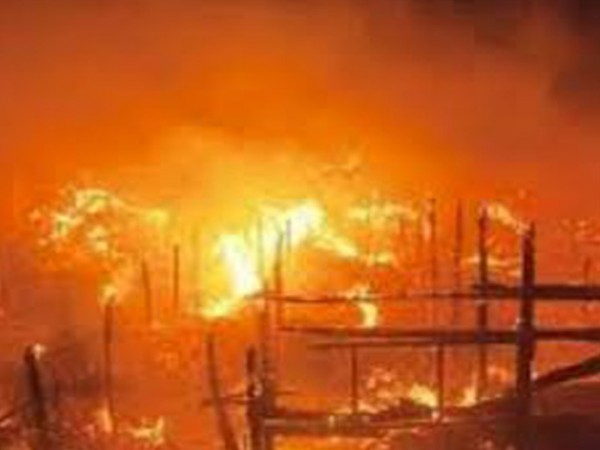 The Chief Medial Director of the hospital, Dr. Abubakar Saidu disclosed that the fire began early hours of Friday and was fully stopped by men of the State Fire Service at about 8:00 am, having consumed the staff lounge and some offices.

He explained, “We woke up this morning and discover there was fire in the old administrative block, specifically from one of the lounges.
“It was detected by the security men who raised alarm and started using fire extinguishers to try to put out the fire.

“They were able to contain the fire that was burning the curtains and the furniture but unfortunately by that time, the fire had gone into the ceiling and then spread to two offices of our senior nurses.

“While they were struggling to put out the fire, the Fire Service also joined; our tankers too were there, supplying water to the fire service.

“Fortunately, apart from the staff lounge and the two offices, the fire did not spread any further and thank God there was no injury, talk less of death was recorded.”
The fire was suspected to have been caused by electricity fault.