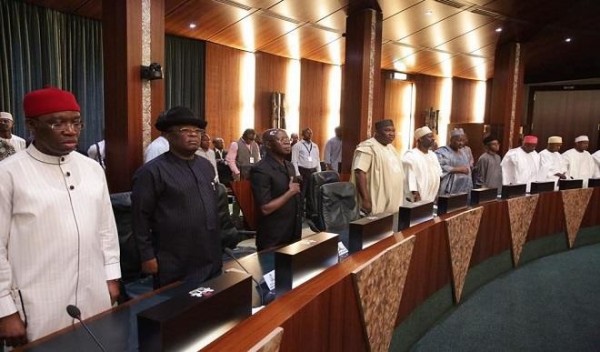 The Nigeria Governors Forum yesterday explained that the planned trip to Germany by six governors is to seek partnership with investors.

The forum was reacting to the comments attributed to senior lawyer and human rights activist, Femi Falana (SAN), that the trip was a jamboree.

The NGF, through its spokesman, Abdulrazak Bello-Barkindo, disputed the claim by Mr. Falana, saying it was far from the truth.

“Six governors are embarking on a 3-day trip to Germany to discuss areas of partnership and cooperation with a select group of German technocrats and investors, with a view to seeking other options for economic partnership, against their over-dependence on oil, which has consigned the country to a mono-product economy”, Bello-Barkindo said.

The forum said while it did not intend to join issues with the respected rights activist, “it is obvious that the real essence of the trip had not been explained to the lawyer, since he was reacting to a story, whose content had not even fully reached the reporter that was asking Falana questions.

“Six of them are going on behalf of the others in order to assimilate the true import of the presentation by the German ambassador, and work out ways of domesticating the advantages.

“The partnerships they are seeking will cover non-oil sectors such as agriculture, health, renewable energy and vocational training institutions that could employ our teeming unemployed and jobless youths.

“The trip that is being embarked upon is as Spartan as possible as no governor is traveling with more than an aide, who is also responsible for the area of need as it relates to their region, and they will be visiting several industrial installations, vocational training centres and theme-parks to get a firsthand feel of how they are organised so as to replicate same in their domains”.