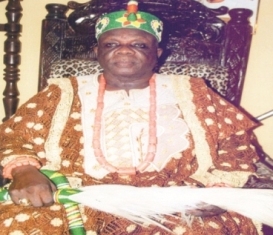 The Oniba of Ibaland, Oba Yushau Goriola Oseni, a first class traditional ruler in Lagos, has been kidnapped by gunmen suspected to be Niger Delta militants.

The unknown assailants, stormed the king’s palace around 11:30pm on Saturday, shot the wife and killed his guard, before escaping with the monarch through the waterways.

A source in the Palace confirmed the incident and said that the gunmen killed Oseni’s guard, a Neighbourhood Watch officer and then shot his wife before escaping with the monarch.

The Lagos State Police Public Relations Officer, Dolapo Badmus could not ascertain the incident as she said she was not aware of it when contacted as at press time.