How Dog Saved Family From Cobra Attack In Bayelsa

A dog on Sunday saved a family in Otuasega Community, Ogbia Local Government Area of Bayelsa from cobra attack.

Catherine Isiki, who spoke in an interview with the News Agency of Nigeria on Tuesday in Yenagoa, described the attack as a “mystery to the family”.

Isiki said that the cobra “invaded” their home at about 1am on Sunday. 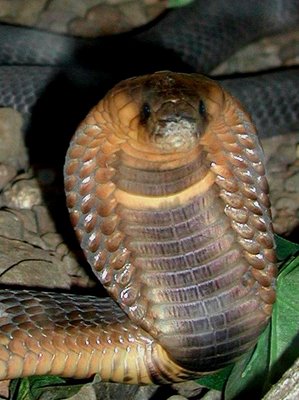 She said: “I woke up as a result of alarm raised by my grand-daughter who was the first person to see the snake.

“I am alive today because of a dog that saved me and my family; neighbours could not kill the cobra due to its size.

“Some of our neighbours could not even come near our compound due to fear; the Mastiff (dog) was awakened by the noise.

“It was the dog that went straight to the room where the snake was and began to fight the cobra until it killed it.
“I do not know how the snake managed to gain entry to our house because everywhere is tiled.

“In fact, it would have been a tragic story if we did not have the dog as a pet in the house; yes, the dog finally killed the snake, but it was God’s intervention.”

Isiki appreciated God for sparing her family and encouraged people to keep dogs as pets.

“Dogs can save you from any untold danger, just as my entire family was saved because I have a pet dog in my house,” Isiki said.