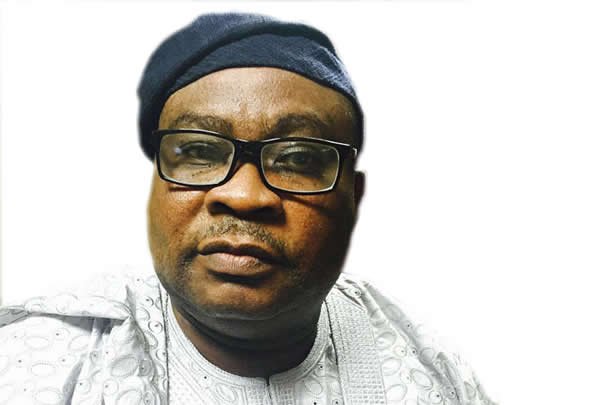 An enstranged political associate of the embattled Ekiti State Governor, Dr Tope Aluko, yesterday debunked the claims by the governor Ayodele Fayose that his campaign for the gubernatorial election in 2014 was sponsored by Zenith Bank.

The Director General of the Fayose Campaign Organisation, said contrary to the governor’s claims, his campaign was financially backed directly by the Presidency through the office of the then National Security Adviser, Col. Sambo Dasuki and some oil contractors.

Dr Aluko said in a statement “Before the primaries of March 28, 2014, funding came from the Presidency only. After the primaries, various individuals, banks, corporate organisations registered with token amounts (so as to play along).”

“But after the elections, contractors came in with funds to solicit for patronage. The current Secretary to the State Government was secretary of Fayose’s campaign organisation while a member of the state assembly representing Ekiti South II, Mr. Awodumila was treasurer.
“We know as a party that there was no record of Zenith Bank sponsorship of our elections”.

Dr Aluko claimed Fayose was broke before the election campaign and that he could not boast of N10 million in his account before then.

“In fact, he sold one of his houses in Ghana and showed me the cash in the trunk of his white Lexus Jeep at his private residence in Afao Ekiti. The recently mentioned funds are the funds he is using within his accounts in the banks”, he stated.

The Head of Fayose’s campaign team who fell out with the governor after the election gave details on how former President Goodluck Jonathan gave $2 million cash to Fayose for the PDP primaries and another $35 million for the election proper.

He also claimed the governor engaged the services of his personal friend, Mr. Abiodun Agbele to launder money and pay various sums paid into the governor’s personal accounts after the election.

“So Zenith Bank gave him these funds to lodge in his account with the bank after becoming the governor-elect? So which election was the bank sponsoring?

“The questions are many because Ayo Fayose was already governorship candidate and governor-elect during this period and Zenith Bank could not have been sponsoring him from their bank and using aircraft to bring cash from Abuja/Lagos to Akure.”

Aluko also said governor Fayose benefitted hugely from the cash deployed for Jonathan’s 2015 re-election project with funds coming from the Office of the National Security Adviser.

“The N300 million fixed deposit no. 9013074033 in April 2015 from Abbey in Ayo Fayose’s name can’t be from Zenith Bank but from ONSA /Dasuki for presidential campaign and presidential election.

“These funds were used to purchase choice properties in Abuja, Lagos and Dubai through other banks in Ekiti which the Economic and Financial Crimes Commission (EFCC) is working on” he said.