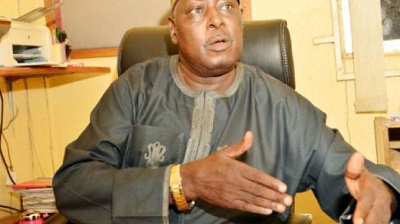 Secretary to Government of the Federation (SGF), Mr. Babachir David Lawal, has debunked the speculation that he is nursing the ambition to become Adamawa State governor.

Mr Babachir on Saturday while speaking in Yola told journalists that the speculation was baseless, saying at his age and position as SGF, it was not proper for him to think of serving as state governor in the future.

“At over 60 years of age and my position as SGF, I should not be thinking of being a governor, governorship should be left for younger people.”

“The whole thing is funny, they are even saying that I favour my own tribe of Kilba in federal appointments because Boss Mustafa was recently appointed the Managing Director of Nigeria Inland Waterways Agency, NAN quoted the SGF

“People need to know that Mustafa is not only well qualified for the job but also a chieftain of the party who actively participated as an official in Buhari Campaign Organisation.

Lawal also added: “Buhari knows Mustafa’s capacity and the appointments made by the President are always based on merit.

“If they said I engineered the appointment of Mustafa because he is a Kilba man like me, how about other appointments of Adamawa indigenes that are not Kilba.

“Another funny thing is that in Abuja, some people are accusing me of favoring Adamawa.”

However, Mr Babachir urged Nigerians to shun rumours and politics of sentiments, adding that president Buhari has good plans for Nigeria and is committed to positive transformation of the country.

On the recent deregulation of the downstream sector that led to rise in fuel prize the SGF said it was a painful decision taken by the administration to save the nation’s economy from total collapse.

“It was a very difficult task convincing the President on this. The President is always on the side of the masses.

“The President is not easily convinced when additional hardship is placed on the people,” the SGF said.