Controversy has continued to trail the death of actor, Jide Kososko’s third wife, Henrietta.
The controversial daughter of Victor Omololu Olunloyo – a former governor of Oyo State, Kemi Olunloyo, had alleged that Kosoko may have used his wife for ritual, noting that it was a rare coincidence for a man to lose three wives consecutively. 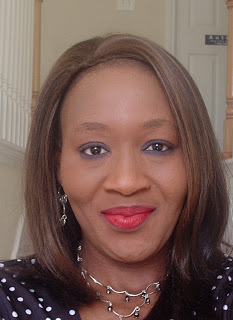 She has again engaged in war of words with Taiwo Olowu, one of the deceased’s twin sons.
This ensued after the deceased’s daughter, Kosoko Morenike called out to the social critic on Twitter.

Morenike, in a direct tweet to the social critic wrote: “Not married and you have two children. You be olosho asewo.”

In a swift response, Ms. Olunloyo, whose public criticism of people apparently knows no bounds tweeted: “Hope your Henrietta goes straight to hell.

“I left a domestic abusive situation not like you ritualist kinds that die I it.
“How many kids did she have for another man?” she tweeted.

In his reaction, the deceased’s son, a songster popularly known as LT wrote: “Kemi did not confirm who the children of Henrietta Kosoko are before insulting my mum, saying she will go to hell.”