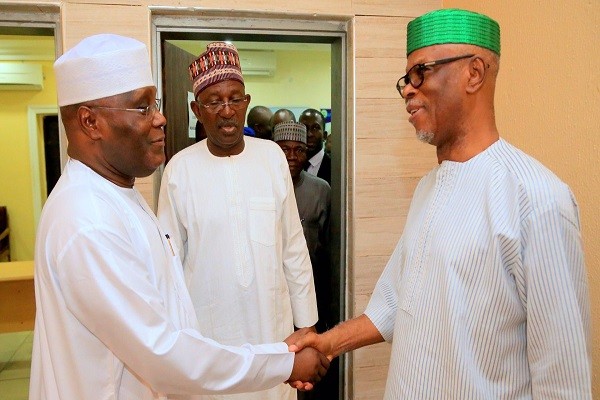 Former Vice-President Atiku Abubakar on Tuesday in Abuja debunked speculations that he was summoned and queried by his party, the All Progressives Congress (APC).

The former vice president, whose last visit to the APC national secretariat in Abuja was when he went to submit his nomination and expression of interest forms to contest the party’s presidential primaries in 2014, paid an unannounced visit to the secretariat on Monday.

Though the party did not issue a statement neither did Mr. Abubakar speak to journalists who were curious to know the purpose of his visit, it was learnt that the Turaki Adamawa was at the secretariat to rub minds with the party’s leadership on the “deepening crisis” within the APC fold.

There were other speculations that the former number two man was under severe attacks by some party leaders and the Presidency since he called for the restructuring of Nigeria a few months ago.

There were also other reports that he had accused President Muhammadu Buhari of not learning from past administrations.

But Mr. Abubakar, in a statement released by his Media Adviser (Media), Paul Ibe, explained that his visit to the national secretariat of the governing APC was a routine one as a chieftain of the party and that he used the occasion to rub minds with the party hierarchy.

“I was neither summoned nor queried by the party on any issue as being speculated. Rather, my visit was at my own behest.

“As a party chieftain, I owe it a duty to my party to appraise challenges within the structures of the party and also proffer suggestions on how to manage those challenges.

“I urge you all to discountenance any malicious insinuations about my visit to the party secretariat”, the statement read in part.