Lagos State Governor, Mr. Akinwunmi Ambode on Monday presided over an emergency security council meeting attended by heads of security agencies in the State, just as the State Government assured residents that efforts are being put in place to make kidnapping a thing of the past in the State. 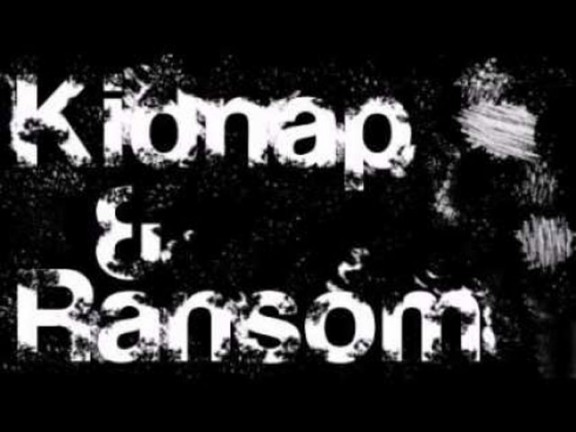 Briefing journalists at the end of the meeting, Lagos State Commissioner of Police, Mr. Fatai Owoseni said government and all security agencies in the State are bordered about the emerging crime of kidnapping, and that efforts are on to rescue all those kidnapped recently in the State including the Oniba of Ibaland, Oba Yushau Goriola Oseni.

“What we want to assure the people is that we are putting efforts together to ensure that not just the monarch is rescued but also other victims of kidnapping are rescued and we bring those criminals to justice,” Owoseni said. He added that the emergency security council meeting was principally to holistically appraise the security issues confronting the State, as well to assure members of the public on the priority and importance that the State attached to their welfare and security.

Speaking on the spate of kidnapping in the State, Owoseni said: “All of us are bordered. As the people are bordered, government is bordered and law enforcement institutions in the State are bordered. We are looking at the issue of kidnapping and the only thing we can tell the good people in Lagos is that government is doing everything possible and is deploying all arsenals of the State towards ensuring that we put a stop to all these and at the same time seize this opportunity to tell the fellows engaging in these activities to channel their energy to lawful conduct because there is no excuse to say that because they cannot vandalize the pipelines again, that is why they are resorting to all these soft targets kidnapping. “They should divert their energy into productive use.

The government has opened up lots of opportunities for people that want to access soft loans for small scale businesses and industries, the Bank of Industry (BOI) for instance is there, they have been putting up adverts, let them have a change of mind, drop their weapons, access these funds that government at the State and federal level had created and for those of them that have certificates and saying that yes we have stopped bunkering and there is no other thing for us to do, there are platforms that have been created by government for them to be meaningfully employed,” the CP said. Owoseni, who addressed journalists alongside heads of other security agencies in the State, the State Attorney General, urged members of the public to stop patronizing street traders, saying there have been instances where criminal elements hide within them to launch havoc on unsuspecting citizens.

He said the law against street trading had always been in place even before Governor Ambode came into office, but that the enforcement was being implemented responsibly considering the mood of the society.

He said: “The law has been there even before the present executive governor came into power, so what we are doing as responsible government and responsible security and law enforcement institutions is to further engage like the Governor did last time on television on the evils of street trading. “It is not just about stopping the street trading, it also has the security elements. The fellows that are on the roads under the guise that they are selling, some of them are also criminals. There are criminals hiding within them to commit some havoc and for people that are also patronizing them like the Governor has said, everybody is just thinking this is a new law but it is not. We know the mood of the society and we want to balance our enforcement and that is why we are doing a lot of public enlightenment.

“We are also telling our people that some of those people that they patronize, some of them sell things that would cause havoc to the people. Some of those items they sell are either expired or poisoned because they know you are on the move and you want to grab quickly. “Some of these guys also carry weapons under their shirt that they can use to harm people including those beggars.

So, these things put together, it is going to be a win-win situation if our people avoid patronizing street hawkers and the hawkers can also form a formidable front and meet the government and ask for the creation of corner shops for them. They are on the roads and vehicles can also hit them, so there are lots of dangers involved and that is why we are engaging the people via enlightenment on the dangers involved,” he said.