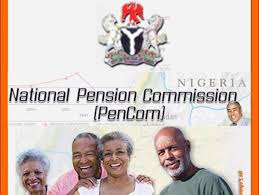 The National Pension Commission, PenCom, have listed ten states currently remitting funds into the Retirement Savings Accounts of workers out of the 26 states that have enacted their Pension Reform Law.

“Ten out of the 36 states have commenced remittance of contributions into the RSAs of their employees. Similarly, eight state governments have commenced funding of their retirement benefit bond redemption fund accounts,” PenCom stated.

The states that have commenced the remittance of contributions to six PFAs and were funding their accrued rights include; Lagos, Ogun, Kaduna, Niger, Delta, Osun, Rivers and Anambra states.

Jigawa State had transferred its pension assets to six PFAs for management, while Kano had yet to transfer its assets to the PFAs, the report explained.

Records from the commission showed that 673,116 contributors, who are workers of the various state governments, were registered with different PFAs.

The Director-General, PenCom, Mrs. Chinelo Anohu-Amazu, said while some states had adopted the CPS, many had yet to fully implement it.

The situation, she explained, had denied the states of the advantages of the contributory pension model, including its sustainability as a system, robust framework that eliminates the incentives for corruption in benefits administration, and ability to access the pool of investible pension funds to drive economic and infrastructural development in their respective domains.

Anohu-Amazu stated that the scheme had so far delivered all the major objectives of the reform, adding that since its establishment in 2004, there had been no case of malpractice recorded in the administration of the CPS.