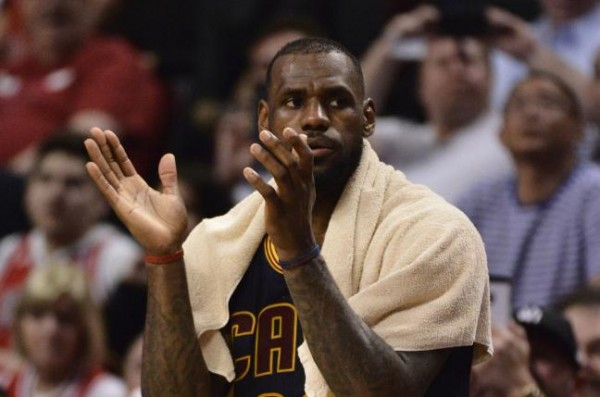 Lebron James, Dwayne Wade, Chris Paul and Carmelo Anthony seized the opportunity of the ESPY awards on Wednesday to sue for peace in America.

SEE ALSO: The Complete List Of Winners At The ESPY award

Their speech came on the heels of what has been an undoubtedly violent week in the U.S, sparked off by the killing of two black men by cops and the killing of five cops in Dallas.

“We cannot ignore the realities of the current state of America,” Anthony said. “The events of the past week have put a spotlight on the injustice, distrust and anger that plague so many of us. The system is broken. The problems are not new, the violence is not new and the racial divide is definitely not new. But the urgency to create change is at an all-time high.”

“The racial profiling has to stop,” Wade pleaded. “The shoot-to-kill mentality has to stop. Not seeing the value of black and brown bodies has to stop. But also the retaliation has to stop.”

“On athletes, it’s on us to challenge each other, to do even more than we already do in our own communities,” said Wade. “And the conversation, it cannot stop as our schedules get busy again.”

LeBron ended the speech by recognizing that the show will be honoring the late Muhammad Ali, and asked those in attendance to use his legacy for change.

“To do his legacy any justice, let’s use this moment as a call to action for all professional athletes,” said LeBron. “To educate ourselves, explore these issues, speak up, use our influence and renounce all violence.  And go back to our communities, invest our time, our resources, help rebuild them, help strengthen them, help change them. We all have to do better.”