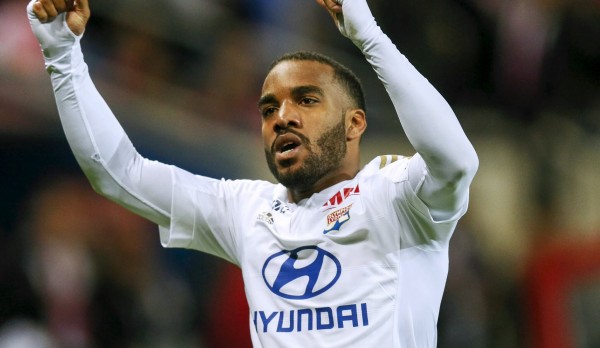 Arsenal’s bid to bolster their attacking options has yet again hit another brick wall.

The North London club have been linked severally with Lyon front man, Alexander Lacazette who managed a return of 21 goals in 34 appearances last season.
Arsenal reportedly had a first bid of £29m rejected and sources said the Gunners were testing the resolve of the French club with a new €48m bid.

If fans thought the deal was all but done, Lyon have debunked such speculation in brutal fashion.

A statement from the French today said,

“Lyon categorically deny having received a 48m euro offer for the transfer of Alexandre Lacazette as reported by “Le Progres” this morning.

The club regrets that once more “Le Progres” has not taken the time to contact it before publishing this false information which creates confusion on the day that the Olympique Lyonnais group publishes it’s annual turnover of 218.1m Euros, an increase of 111% on 2014/15 figures.
The reality is that Arsenal Football Club formulated a 35m Euros offer which Olympique Lyonnais has not considered for the sole reason that OL will keep Alexandre Lacazette who is considered irreplaceable and one of the key leaders of Bruno Genesio’s squad.”