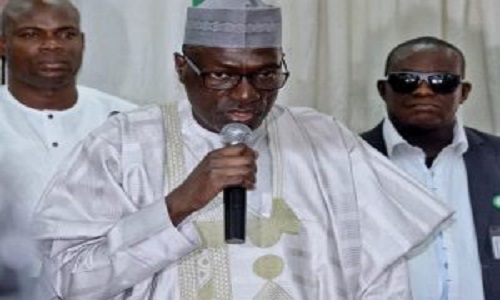 The national caretaker committee of the Peoples Democratic Party (PDP) yesterday said it would go ahead with its August 17 convention, in spite of a court judgment upholding the Senator Ali Modu Sheriff National Working Committee (NWC) as the authentic PDP.

Justice Okon Abang of the Federal High Court, Abuja, in a ruling on Thursday, held that the May 21, 2016 national convention that sacked Sheriff and his NWC from office was illegal, adding that the Senator Ahmed Makarfi-led caretaker committee, which was a product of that convention, was also unlawfully constituted.

But the caretaker committee described Justice Abang’s ruling as “objectionable, questionable and very strange to say the least in the history of Nigeria Judiciary”.

According to a statement yesterday by its spokesman Prince Dayo Adeyeye, the Makarfi-led national caretaker committee said “We have just received information that Justice Okon Abang of the Federal High Court in Abuja has granted an Order of Interlocutory Injunction stopping our scheduled National Convention in Port Harcourt, Rivers State, but we want to state that the Judgment of the 4th of July, 2016 supersedes any Ex-Parte Order or Interlocutory Injunctions. So, our National Convention will hold as scheduled in Port Harcourt, Rivers State.

“Let Nigerians recall the two former Judgments before the Port Harcourt Judgment, declared that Senator Sheriff is not qualified to be a National Chairman given that the PDP Constitution 2014, which he claimed brought him to power, is not in existence and therefore, null and void.

“However, the Party is law abiding and therefore, will apply for Stay of Execution of this Order and also Appeal it”.

The caretaker committee urged its “members and teaming supporters nationwide to remain calm and law abiding and be rest assured that the PDP National Convention will hold as scheduled and all preparation towards the August 17, 2016 National Convention remains the same”.