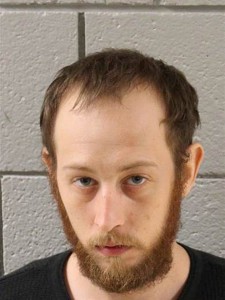 A man from Pennsylvania, Joshua Long, who was jailed for burglary has been accused of using human brain to get high.

The 26 year-old was charged with abuse of a corpse when his aunt found a brain underneath the front veranda of a vacant trailer.

The brain was said to be in a display container like the type found in museums and stuffed into a Walmart bag.

The trailer is the former home of Angela Micklo, Long’s aunt and Robby Zoller, who happen to be wanted robbery suspects.

Long allegedly said that he and Zoller had used the formaldehyde that preserved the brain to smoke cannabis.

The brain has been said to be probably a stolen teaching specimen.

Long is currently being held in Cumberland County Prison for his alleged role in a string of burglaries.