Fans of the Comic book have reacted positively to the news that Marvel are making the new Iron Man a 15-year-old black girl.

Marvel has stated it intends to be more diverse in introducing superheroes to the Marvel universe when yesterday, July 6, it revealed that the new Iron Man is Riri Williams, a 15-year-old genius who creates her own version of the suit which transformed Tony Stark into Iron Man. 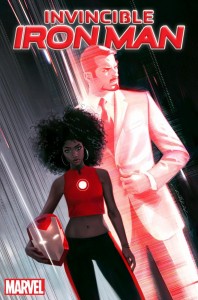 In the comic book series, an ageing Stark is trying to find a successor now he is too old to fight crime. Impressed by Williams’ creation, he passes the Iron Man title to her for the Civil War II series.

Iron Man writer Brian Michael Bendis told Time: “Tony is also aware that this young woman is flying by him in terms of how quickly she’s doing it. Her brain is maybe a little better than his. Riri looks at things from a different perspective that makes the armour unique. He can’t help but go ‘Maybe I should buy her out.”’