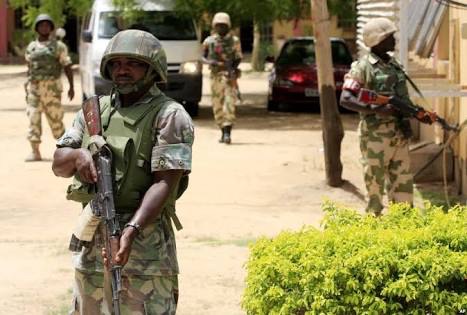 Palpable fear enveloped Arepo and other coastal communities in Ogun State yesterday as heavy sounds of artillery boomed in the creeks, fueling suspicions that the Nigerian military may have taken the fight to the base of militants.

But the military head of operation reportedly assured that there was no cause for alarm and that lives and properties would be protected in the ensuing battle.

It was learnt that military fighter Jets were deployed against the militants at their base in the creeks yesterday evening, creating an atmosphere of fear and uncertainty among residents of the communities where the military operation is taking place.

But the head of the military operation assured that “The operation won’t extend to the upland”.

Troops have been deployed to man the waterways in Arepo, a community notorious for pipeline vandalism and killing of security operatives on guard duty of oil facilities in the area.

The police have also sent their men to strengthen security within the community following repeated attacks by hoodlums.