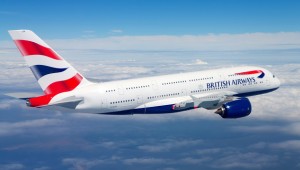 A British Airways flight carrying passengers yesterday morning from London to Crete was forced to turn back and make an emergency landing when passengers complained of a “nasty smell” after the plane took off.

The foul odour which was reportedly compared to the smell of marijuana filled the cabin.

The plane landed 90 minutes after take off.

The pilot turned back as a precaution and the flight was met by fire crews and other emergency personnels.

40 year-old Stuart Barnes who was a passenger on the plane told The Sun:

“We were four rows from the back and the whole area stank. Everyone was saying it was cannabis.

“We were told the air con would clear it, but it got even stronger.”

Passengers were later put on a rescheduled flight to the Greek island during midday.

A spokeswoman of British Airways said no evidence of cannabis or anybody smoking cannabis was found on board.

She later appologised to the affected customers for the delay.