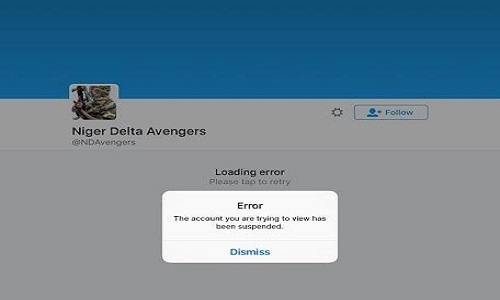 The Niger Delta Avengers has come under the hammer of Twitter as its account on the micro-blogging site @NDAvengers, has been suspended.

Prior to the suspension of its account, the NDA used Twitter as one of its veritable tools of announcing its successful sabotage of oil and gas installations in the Niger Delta as well as disseminating propaganda materials.

As at the time of publishing this report, the militant group is yet to react to the latest cyber-onslaught on its operation.