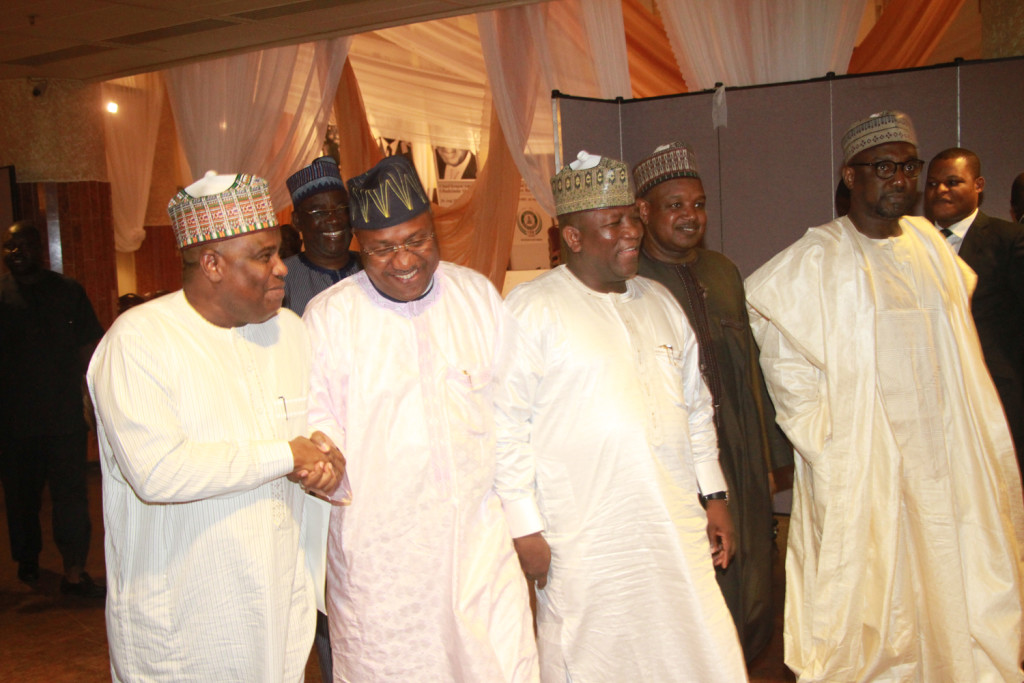 The Nigerian Governors Forum in a meeting at the banquet hall of the Presidential Villa on Wednesday night is set to partner with telecommunications giant, Vodacom, on how to improve health, education and agriculture in the country.

The Zamfara State Governor, Abdul’aziz Abubakar Yari told State House correspondents at the end of the meeting that it was imperative that service providers support them in the areas mentioned.

Governor Yari in the company of his Niger State counterpart said additional information on how the partnership will benefit the states would be released in subsequent meetings.

The meeting, which started about eight o’clock in the evening, had in attendance the governors of Ogun, Kaduna, Katsina, Zamfara, Niger and most deputy governors in attendance.