A Nigerian businessman who allegedly hacked into a bank’s electronic mail and stole GH¢25,000, is in the grips of the police. 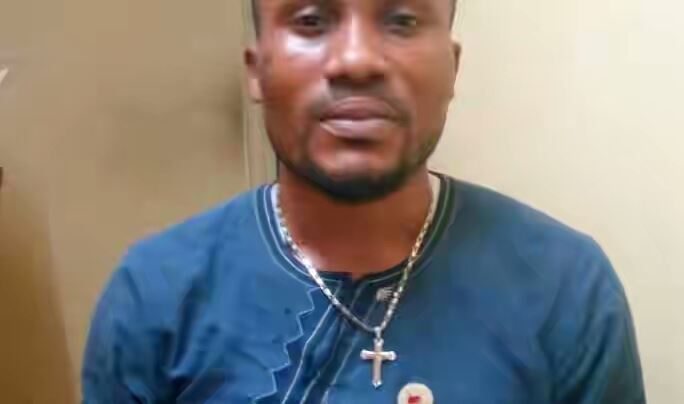 Godwin Onwuneme Udu allegedly transferred the cash from the customer and transferred it into his personal account at a different bank.

He was on his way to withdraw the money from his bank at Haatso when bank officials and the police accosted him.

The suspect, according to information, had been operating with other gangsters, but failed to mention the names of his accomplices when he was arrested.

He is said to have engaged in another fraud case also being handled by the Documentation Fraud Unit at the police headquarters in Accra.

The deputy director in-charge of the Unit, Assistant Superintendent of Police (ASP) Eugene Nyavor, said on July 19, the management of the bank (name withheld) arrested and handed over Godwin Onwuneme Udu to the police.

The bank noticed the fraud and mounted surveillance, which led to his arrest at the Haatso branch of the bank where he had gone to withdraw some money using a check book.

He has provisionally been charged for stealing and is being prepared for court.

ASP Nyavor urged banks to consult expects to monitor their control systems to save them from any financial losses.

“Bankers must also ensure that they get authorization from customers before huge sums of money are given out, even when the bearer has a check book,” he admonished.