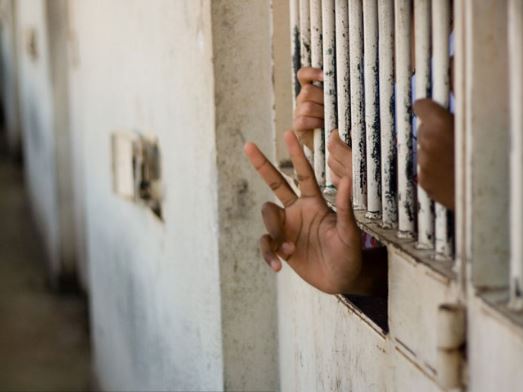 Sources speaking to SaharaReporters in an ongoing investigation disclosed that the Nigerian Prisons Service, under the leadership of the Controller-General Ahmed Ja’afaru and Minister of the Interior Abdulrahman Dambazau, has hired around 538 recruits without following established laws for public recruitment exercises.

This latest finding follows similar illegal employment schemes by the Central Bank of Nigeria Governor Godwin Emefiele and the Federal Inland Revenue Service (FIRS) Executive Chairman Tunde Fowler. It will be recalled that Mr. Emefiele oversaw a monumental recruitment fraud where he illegally hired the children and relatives of powerfully connected Nigerians throughout the Federal Government. Mr. Fowler, similarly, illegally recruited the friends and relatives of prominent personalities in Nigeria. SaharaReporters also published the sponsor list of illegal FIRS hires—the majority of whom were chosen by Mr. Fowler, Senator Owan Enoh who sits on the Senate Finance Committee, and by various people around President Muhammadu Buhari. It was also revealed that the majority of these illegal hires are from northern states, according to these same sources. A casual tally of all 538 names found that around 370 were from 14 northern states, or about 68% of total illegal hires. This calculation was based on the state of origin of the illegal hire and not whether any one person belongs to a specific ethnic group. SaharaReporters reached out to the spokesman for the Nigerian Prisons Service, Francis Enobore, with some of these allegations and findings.

Mr. Enobore told SaharaReporters that he “cannot recollect any recruitment announcement” in the recent months.

He added that he cannot speak to the authenticity of the list of hires unless SaharaReporters is in possession of their letters of appointment.

Mr. Enobore also said that no hire can undergo training with the NPS unless they have been formally hired and possesses a letter of appointment.

Sources at the NPS told SaharaReporters that, in an effort to cover their tracks and conceal their illegal activity, officials backdated letters of appointment for the illegal hires to attempt to have plausible deniability if their crimes ever surface.

These same sources also explained that a massive training exercise, with the number of NPS staff listed on these training sheets, only takes place when there is an influx of new hires.

“You see when NPS staff are re-trained or brought in for refresher it is usually in small batches” rather than more than 500 people at a time, according to this same source.

This source added that a training of this size would be considered strange in any circumstance other than massive training for new hires.

Speaking again on the matter Mr. Enobore confirmed that there is a legal process to hire employees at the NPS. He explained that the NPS “would need to make their case before the Federal Government, request to declare new vacancies, and have that request approved.”

Mr. Enobore also confirmed that the Federal Character Commission would need to be involved to ensure no single ethnic group or State receives preferential hires. He would not comment on the list having many more new hires from northern States other than to say that letters of appointment are needed to confirm.

News of this illegal employment scheme follows a jailbreak of several prisoners from Kuje Prison in Abuja, allegations that the escapees had assistance from NPS staff, and removed a prison officer Musa Tanko under suspicion that he may have been involved.