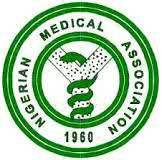 The Kwara State chapter of the Nigeria Medical Association (NMA), has raised an alarm over the missing of one of its members, Dr Abdulraheem Abdulrahman who has been missing since Sunday July 24, 2016.

The State Secretary of the association, Dr Victor Iroha, announced this in a statement mad available to the News Agency of Nigeria (NAN), in Ilorin on Saturday where he declared the doctor missing.

Iroha added that Dr. Abdulraheem is one of the medical officers at the General Hospital in Omu- Aran.

“Abdulraheem drove out of his residence opposite Federal Road Safety Commission Office, GRA in his Navy blue Toyota Corolla car with registration number BWR 532 RP and had not been seen since then.

“His phone has also been unreachable and there has been no trace of either him or his car”, he added in the -statement. Iroha also stated that all search efforts had so far yielded no results.

The matter had been reported to the Police and allied security agencies.