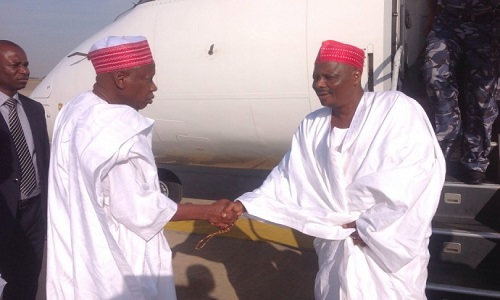 Governor Abdullahi Umar Ganduje of Kano State, has declared the political rift between him and his predecessor, Senator Rabiu Musa Kwankwaso, as over for good.

The duo were locked in a bitter political struggle that lasted for several months and heightened political tension in the state and their party, the All Progressives Congress.

Kwankwaso and Ganduje have a long-standing political history together having both served as governor and deputy governor of Kano State respectively from 1999-2003 and 2011-2015.

When Kwankwaso was appointed by then President Olusegun Obasanjo as Minister of Defence between 2003 and 2007, he, in turn, picked his former deputy to serve as his Special Adviser (Political).

The pair fell out shortly after Kwankwaso, who is now senator representing Kano Central in the National Assembly, worked for the emergence of Ganduje as his successor in the last general elections, with their supporters engaging in accusations and counter-accusations.

However, in a chat with reporters in Abuja at the weekend, Ganduje assured that he and his predecessor are now working for the development of the state.

The governor stated that they both decided to let the past behind them for the good of the state, noting: “We are all working towards the development of the state”.

“While the former governor is here in the Senate and doing his own with the legislature, we are doing our own governance in Kano. So, let me assure you that everything is calm and there is no problem”, Governor Ganduje asserted.