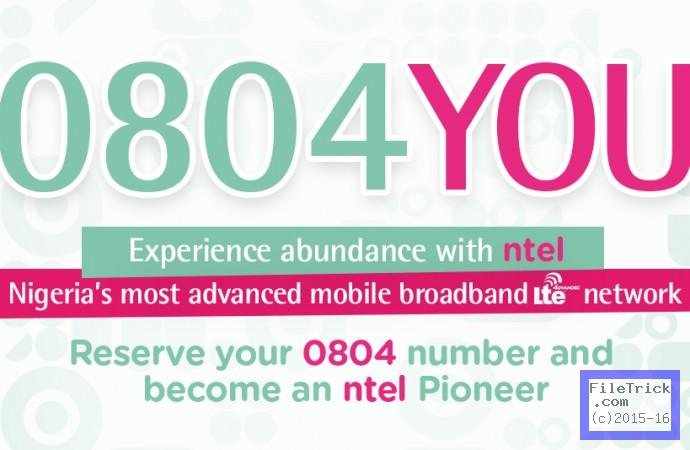 Nigeria’s most revolutionary telecommunications company, has launched its super fast 4G/LTE internet router in Lagos and Abuja. The ZTE Router supports up to 64 simultaneous Wi-Fi connections and 4 LAN ports connections.

Kamar Abass, CEO of ntel said at the launch, “This is the ideal router for households as well as small and medium scale businesses and other organisations who require superfast internet service.

“Our routers which are Cat 6 with 4 x 2 MiMo will not only guarantee superfast internet access but can serve up to 64 multiple users at the same time.

“For data hungry Nigerians looking for superfast internet speeds up to 230mbps over a 4G/LTE connection, this is the device for them.”

The router operates on 2.4 GHz for better wall-penetration capabilities and 5 GHz for faster throughput and lower interference. The powerful gadget also supports gigabit wired connections so that it is possible to copy files over a LAN at a speed higher than 80 MB/s.

The ZTE MF286 is similar in size to a traditional wireless router, but what makes it stand out is its ability to: deliver speeds of up to 230 Mbps using the 4×2 MIMO technology; operate on dual SSIDs 2.4 and 5GHz for better wall-penetration capabilities and lower interference respectively; function in active mode for 6 to 8 hours using its 3,000mAh battery and support file sharing among users on the same wi-fi network via its USB port.

The telco company is offering customers an opportunity to experience its superfast internet speed at three of its outlets in the two major cities where they have coverage—at 134, Aminu Kano Crescent, Wuse II, Abuja; main lobby, Transcorp Hilton Hotel, Abuja and Alfred Rewane Road opposite Ikoyi registry, Lagos.