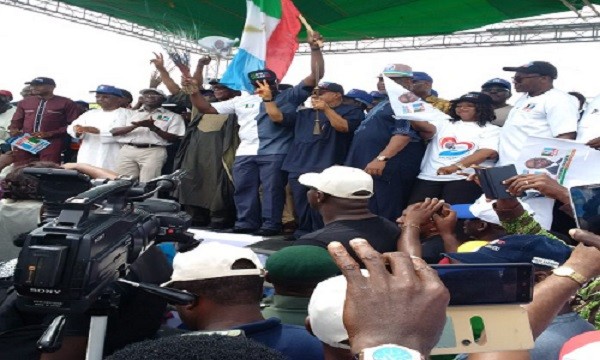 It was a colorful event at the Samuel Ogbemudia Stadium in Benin, Edo State as the All Progressives Congress, APC, on Saturday officially flagged off the governorship campaign of its candidate, Godwin Obaseki.

Also, no fewer than 12 APC governors were present at the venue of the event. 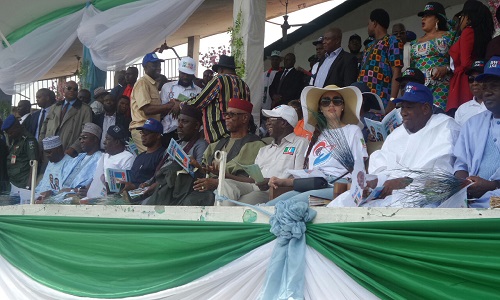 The governors of Niger, Nasarawa, Jigawa, Bornu, Kwara, Oyo and Kogi were represented by their deputies respectively. 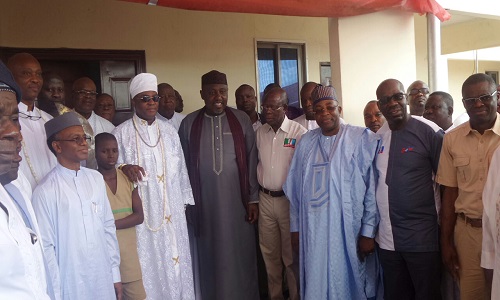 Also present are the Minister of Labour and Employment, Chris Ngige; state Deputy Governor, Pius Odubu, and other aspirants who took part in the June 18 primary election and other members of the Edo State executive council.