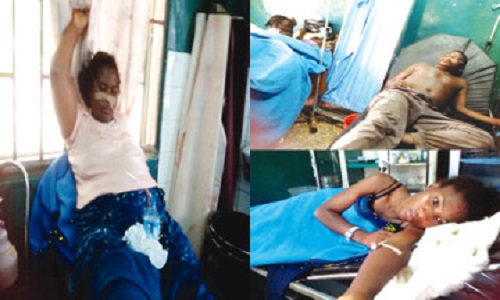 The Plateau State Government has paid the sum of N20 million as compensation to the relatives of the eight victims of the July 25, 2015 chlorine gas leak from a state-owned water treatment plant along Murtala Mohammed Way, Jos, Plateau State.

Eight members of Dakum community choked to death as a result of the chlorine leak while 101 others were hospitalised when they inhaled the chlorine gas released from wrongly placed cylinders stored in the water treatment plant.

The Governor, Simon Lalong, set up an administrative panel to look into the circumstances that led to the unfortunate disaster.

It was not clear if the compensation was part of the recommendations of the panel but the State Commissioner of Water Resources, Engr. David Jafaru Wuyep, yesterday said the government doled out the sum as relief to the families of the victims.

Wuyep noted that the sum of N2.5million was given to the families of each of the eight victims on the occasion of the anniversary of the tragedy and commiserated with them.

According to him, “We will go further than that to reach out to their various state governments in terms of support so that those that lost bread winners are given employment and scholarship for students”.

The commissioner also revealed that the interim report on the gas leak showed some level of sabotage, adding that the issue had been transferred to the police for investigation.