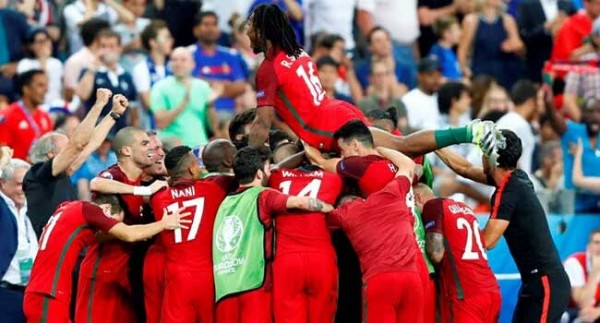 In the end, it took substitute Eder to settle matters and hand Portugal their Euro 2016 triumph.

Sunday’s final encounter lived up to its billing as hosts, France squared up with the Portuguese who had reached the final with just one win in regular time.

The match started in frantic fashion with Les Blues contending for every ball and carving out the better chances.

On 17 minutes, Cristiano Ronaldo was taken off with an injury and many felt a sense of foreboding. An average Portugal team were then left with the task of rising to the occasion.

Although France had most of the possession and looked most likely to win the match, their finishing eventually let them down.

Gignac had the best chance for France, dribbling past Pepe before smashing the ball onto the woodwork.

Super substitute Eder fashioned out the goal of nothing, beating Hugo Lloris with a long range shot.