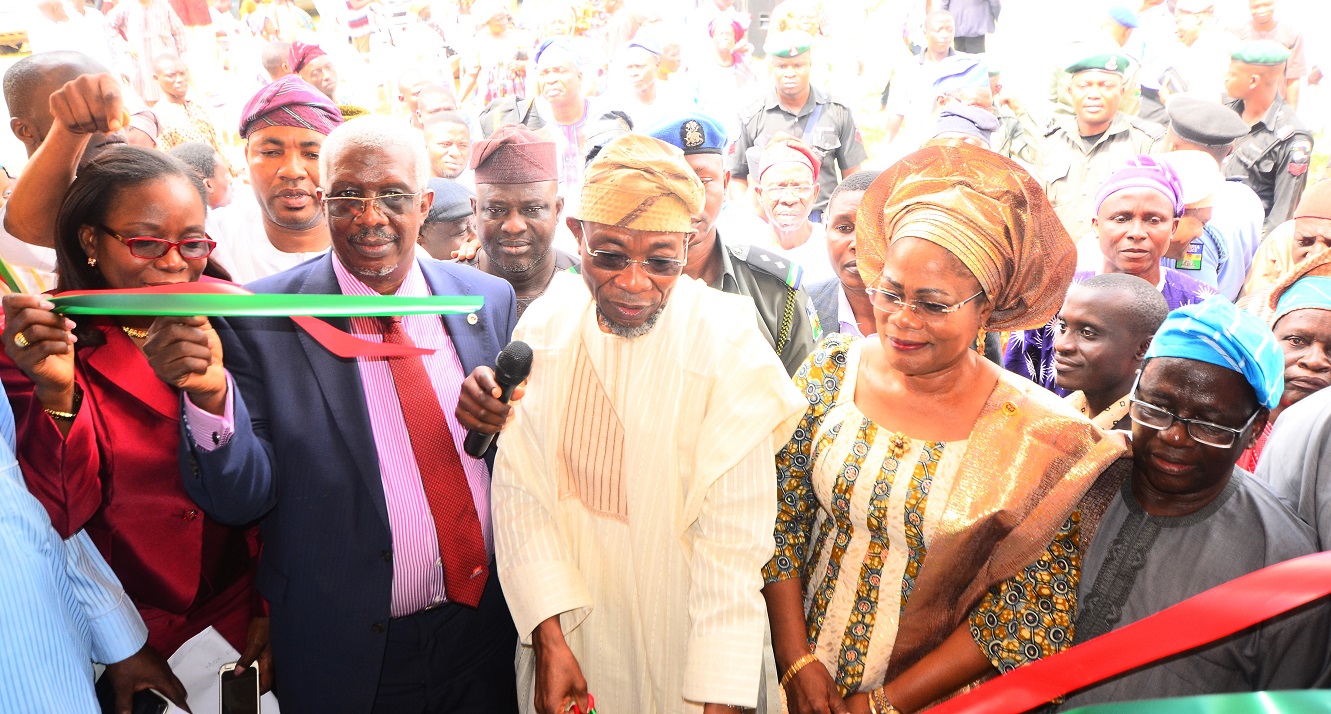 Governor, state of Osun, Ogbeni Rauf Aregbesola has commended the management of PZ Cussons for donating a block of three classrooms to boost learning in Iwoye-Ijesha area of the state.

Aregbesola gave the commendation during the inauguration and handling over of the 90-student capacity building at Saint Thomas’ Elementary and Middle School,Iwoye-Ijesha.

The block has three classrooms with seats for 30 students in each class.

The governor said the gesture reflected the philanthropic nature of the company and a confirmation of its social responsibility drive to the people at the grassroots.

The governor noted that the project was tailored towards his aggressive infrastructural development in the education sector.

Aregbesola, however, enjoined parents to be passionate about the welfare of their wards and prepare them for the future.

In her remarks, Mrs Titi Laoye-Tomori, the deputy governor, commended PZ for the donation.

Laoye-Tomori said the classrooms would provide conducive environment for learning and teaching, and urged other corporate organisations to emulate the good gesture.

Also, Mr Tunde Oyelola, the Vice- Chairman, PZ Cussons, said the philosophy behind the gesture was a conscious plan and strategic way of giving back to the society.

Oyelola, said the intervention has covered 26 states of the federation within the six geopolitical zones as part of the company’s Corporate Social Responsibilities (CSR).

Also speaking, a member of the board of trustee of the foundation, Mrs Yomi Ifaturoti, said the rationale behind the project was predicated on the “philosophy of doing good business”.

Ifaturoti, who doubled as the Corporate Affairs Manager of PZ, said “what we mean by doing good business is that we are corporately responsible by giving back to our host communities.

“Our focus is to initiate projects with humane impact in the areas of education, healthcare delivery, potable water and road rehabilitation.

“However, it is noteworthy to mention that education got the lion share of funding due to expected high clamour for access to education”.

Ifaturoti added that the foundation has executed 58 projects across the six geopolitical zones of the country.

The Headmistress of the school, Mrs Omolara Adeyolanu, said the project would provide conducive learning environment for the pupils.

The head of Iwoye-Ijesha community, Mr Abiodun Gabriel, said the project was very significant and timely to his people.