This will come as a rude shock to many of her fans that top Nollywood actress Clarion Chukwurah has abandoned her faith and converted to a new one.

The newly married actress of 51 years has joined the Jehovah Witness. This it was gathered is her husband Anthony Boyd’s religion and thus since she is married to him she has converted to his faith. The couple shared photos of them in their meeting.

The veteran thespian shared her photo and that of her husband on her Facebook after meeting and captioned it:

“An Instructive Meeting Sunday at the Kingdom Hall towards Baptism and Evangelization Ministry as Jehovah’s Witnesses.” 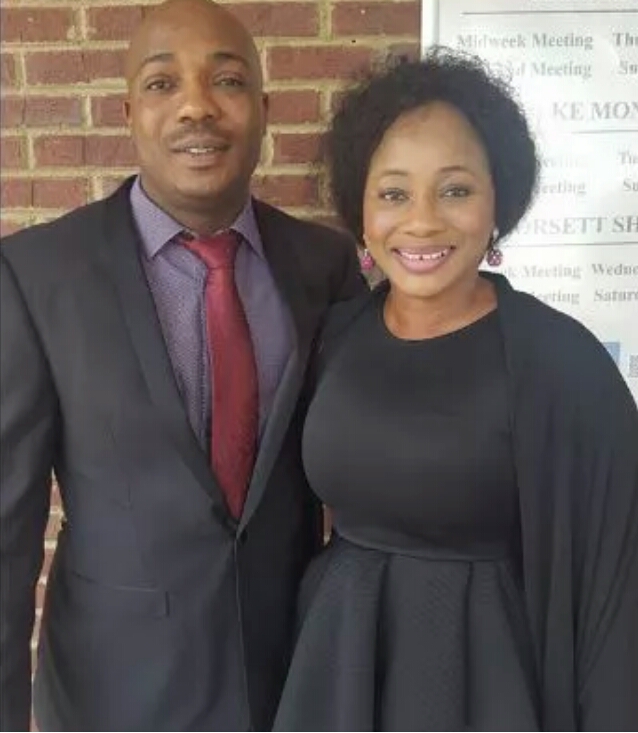 The actress and Boyd tied the knot in March in the United States. She is the mother of renowned video director Clarence Peters.

Chukwurah had been married twice before, to Tunde Abiola (MKO Abiola’s younger brother) and Femi Odeneye and she had Clarence for juju musician Sir Shina Peters.