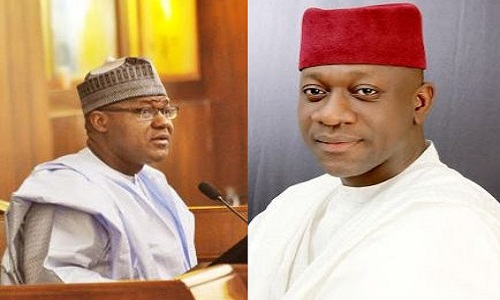 Some members of the House of Representatives under the aegis of the ‘Transparency Group’ on Wednesday signed a petition to invite the Economic and Financial Crimes Commission (EFCC) to investigate the alleged 2016 budget padding claims made by a former Chairman of the Appropriation committee, Abdulmumin Jibrin. Hon. Jibrin claimed that principal members of the House of Reps were all in on padding the 2016 budget.

The lawmakers disclosed this to newsmen in Abuja, insisting that all the principal officers mentioned should be probed by relevant “external” government agencies

It would be recalled that Hon. Jibrin had revealed that 10 of the 96 Standing Committees in the House are involved in the budget scam.

Hon. Musa Soba representing the All Progressive Congress (APC) from Kaduna State, while speaking on behalf of the group said that the petition had already received about 113 signatures by lawmakers from the six geopolitical zones and across party lines before Sallah break.

“We call for an external investigation into the matter, to enable us know if our principal officers are guilty or not.

“For this group, he added, we say the budget was padded and as such, the budget being a document that belongs to all Nigerians, it is no longer an internal affair.”

“We urge the leadership of the House of Representatives to stop presenting the 2016 budget padding allegations as the problem of the entire House.

“Let those at the centre of the controversy answer to all the allegations made against them individually and collectively in line with legal practice and our criminal justice system,” Soba said.