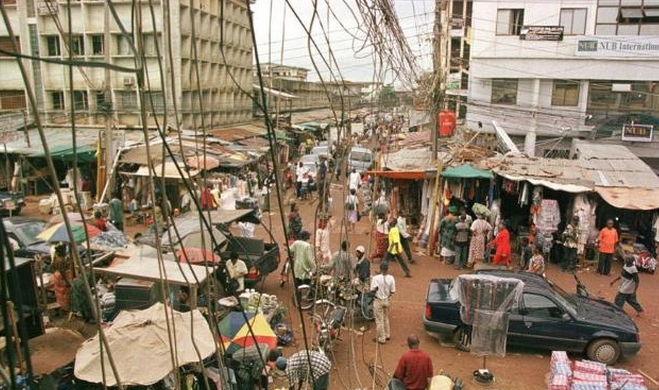 No fewer than five persons sustained injury and property worth millions of naira destroyed on Thursday during the scuffle between traders and revenue agents at Electrical Dealers International Market in Obosi near Onitsha, Anambra.

Trouble started in the morning when the traders numbering more than three hundred protested to the office of the market’s Chairman, Mr. Benjamin Orji whom they accused of conniving with the revenue agents to extort money from them.

One trader Mr Uchenna Ucheonwa said: “Our grievance is that these agents collect money from us but write down a different amount in the receipts issued to us.

“I was asked to pay N36,000 as tax, sanitation and development levies but was surprisingly issued with N19,200 receipt and when I complained, they started harassing and threatening to beat me.

The Chairman of the market, Mr. Benjamin Orji while responding to the allegations that he was conniving with the revenue agents to defraud traders said: “The state government sent people to collect revenue and in the process, the traders started to attack the officials and destroyed cars and motorcycles around.”

According to him, the revenue agents came under the directive of the Secretary to the State Government following a meeting that held between the executive of the market and the state government in Awka.

Speaking on the matter ex-chairman of the market, Mr. Chidi Ibagwa said: “The bone of contention is that some people are claiming ownership of the market and are using the state government’s authority to collect tax and levies from the people.

“Government should look into the matter to allow us re-organise ourselves and pay these taxes and levies appropriately.”

The Anambra state Police PRO, DSP Ali Okechukwu said he was not disposed to speak on the matter at the moment. However, police officers and security guards have been positioned in the market to prevent further crisis as traders had left the market for fear of reprisal.