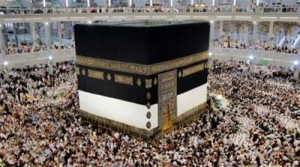 Saudi Arabia will introduce electronic identification bracelets for all pilgrims to Makkah starting this year, Saudi media said on Thursday, as part of a safety drive a year after the annual Islamic rite suffered its deadliest disaster in a generation.

As many as 2,070 people died in a crush when thousands of pilgrims converged on a walkway intersection near the Muslim holy city of Makkah last September, according to a Reuters count, the highest loss of life at the annual pilgrimage since 1990.

That death toll is based on figures of fatalities provided by countries who repatriated the bodies of their citizens, but Saudi Arabia had put the official death toll at just 700. Containing personal and medical information, the bracelets will help authorities provide care and identify people, the official Saudi Press Agency SPA said.