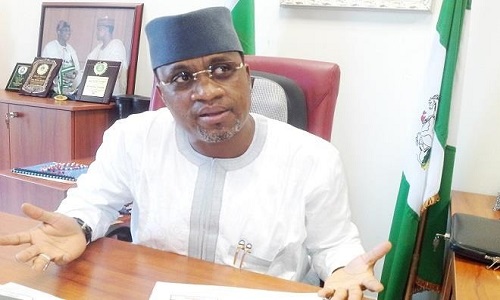 Senator Kabiru Marafa (APC, Zamfara Central), has expressed optimism that the recent changes in the leadership of the senate committees would ensure genuine reconciliation in the red chamber.

The upper legislative chamber had been fractionized following the June 9, 2015 election of principal officers.

Mr. Marafa, a member of the Unity Forum – a group of All Progressives Congress senators opposed to the emergence of Bukola Saraki as Senate President – said that the re-composition of the Senate standing committees was one of the conditions put forward by members of the Forum for peace to return to the senate.

He made the statement on Friday in Abuja while fielding questions from State House correspondents, after a closed-door meeting with President Muhammadu Buhari.

“I think the reshuffling of committees is nothing new in any parliament. Maybe what makes that of yesterday a little new is the circumstances that led to the emergence of the present leadership and what followed.

“In the last few days, the party (APC) has been on top of the situation, trying to reconcile its children.

“The APC caucus in the senate has been badly fragmented and the party wants to see an end to that.

“What (you saw) happened yesterday was as a result of the efforts the party has been putting in the last few days”, he said.

Mr. Marafa, who has been an outspoken critic of the Mr. Saraki, said he was not at loggerhead with the Senate’s leadership, saying that the Senate president was one of his close associates and senior in the chamber.