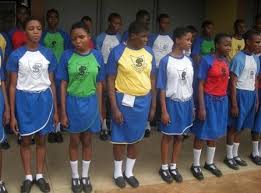 Pacelli School for the Blind, Surulere has emerged winner in the maiden edition of a two-day quiz competition organized by Lagos State Office for Disability Affairs (LASODA) between pupils of regular and special schools in Lagos State.

The event, themed “towards an inclusive education in Lagos State” and held in Adeyemi Bero Auditorium, had eight primary schools participating at the preliminary stage but only four of the schools made it to the final stage of the keenly contested competition.

Speaking at the event, Permanent Secretary, Ministry of Youth and Social Development, Mr. Hakeem Muri-Okunola said the gesture was in line with Lagos State Government’s promise to re-position the socio –political and economic fortunes of people living with disabilities in the State.

The programme, he added, was also “designed to create windows of opportunities to exhibit their inherent qualities and contribute to the economic growth of Lagos State”.

According to Mr. Muri –Okunola, “Lagos State government is of the view that by making education more accessible and inclusive, the number of literate people with disability would increase, thereby enhancing their social- potentials and relevance in the society.”

General Secretary of the association of teachers in disability schools in Lagos State, Azeez Alihu commended Lagos State Government for identifying with people living with disabilities by enacting relevant laws that protect their interests but lamented that different groups of disabled people also face other various challenges in their academic pursuits and the larger society.

He therefore pleaded with the State Government to assist disabled people by providing tools and equipment that will enhance their learning skills, particularly the ‘Braille embosser’ used by the blind.

The winners were presented awards and cash prizes after the event as follows: Pacelli School for the Blind – N100,000 for first prize; Estate Primary School, Ogba – N80,000 for second prize and Maryland Primary School – N50,000 for third prize.

The pupils were tested in Mathematics, English-language and Social Studies.