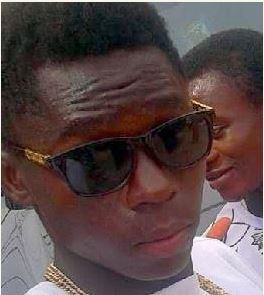 A friendly street football match between youths in Okota, Lagos, turned tragic, weekend, after one of the players stabbed an opponent to death during a misunderstanding.

Vanguard gathered that some youths from Oseni Liade Street were playing football at the end of the street, when a group of boys from neighbouring Taiwo Street came to join them. But the visiting youths were told to wait for their turn.

At the end of the first round, another set of players, among who were the visiting youths, were expected to take over the football pitch. But eyewitnesses said they were disallowed, an action that degenerated into a fight.

In the process, one of them, Kayode Babayanju, of 8, Taiwo Street, was alleged to have stabbed another youth, Michael Tanko, in the hollow of his left elbow.

Tanko, a Senior Secondary School 2 student of Hills International School, reportedly chased his assailant until he became dizzy and slumped. Unfortunately, he died moments before reaching the hospital he was rushed to.

Doctors at the hospital revealed that he bled to death, as the arteries in the hollow of the elbow were cut.

Information at Vanguard’s disposal revealed that the deceased was an orphan, who came to live with his uncle in Lagos last year, after the demise of his only sibling.

The mother of the fleeing assailant and her relatives came visiting at about 4p.m. Immediately the woman sighted the bereaved family, she went on her knees and begged in tears.

However, the family insisted that they produce their fleeing son to the police.

Confirming the incident, Lagos State Police Command’s spokesman, Superintendent Dolapo Badmus, said: “Effort is being intensified to arrest the suspect who fled the scene immediately after committing the offence. The corpse has been deposited at the Isolo General Hospital morgue.”