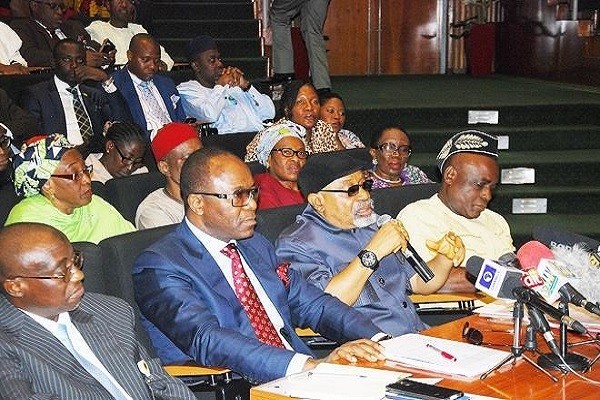 The meeting between the Federal Government and the Petroleum and Natural Senior Staff Association of Nigeria (PENGASSAN) yesterday ended on an inconclusive note but will continue today.

The Group General Manager, Group Public Affairs Division of the Nigerian National Petroleum Corporation (NNPC), Mallam Garba-Deen Mohammad said that the meeting will continue today at the NNPC Towers as yesterday’s meeting did not result in a truce.

PENGASSAN had last Thursday directed its members to down tools in protest against the federal government’s inability to abide by its May 12 agreement. The association cited among others, the issue of prolonged Joint Venture funding and cash call payment arrears as well as absence of outright stand on the PIB as reasons for going on strike.

The meeting, which held at the NNPC headquarters yesterday, had in attendance the Minister of Petroleum Resources, Dr Ibe Kachikwu, the Minister of Labour, Dr Chris Ngige, the Senior Special Assistant to the President on National Assembly Matters, Senator Ita Enang, the Group Managing Director of the NNPC, Dr. Maikanti Baru, and leaders of PENGASSAN and NUPENG.

Meanwhile, the sister union of PENGASSAN, the National Union of Petroleum and Natural Gas Workers (NUPENG) has warned that its members may join the strike if government fails to reach an agreement with PENGASSAN.

The Southwest Chairman of NUPENG, Comrade Tokunbo Korodo said: “NUPENG may join the strike if the government fails to resolve the issue with PENGASSAN because the two unions work in the same industry and injury to one is injury to all. NUPENG will join in solidarity if the discussion fails”.