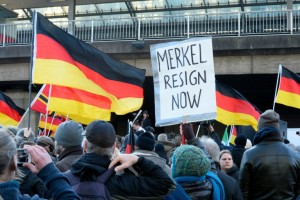 Angela Merkel‘s leadership has come under criticism from Germans who have blamed her for the recent string of attacks in their country.

She introduced an open-door policy which allowed hundreds of thousands of migrants into the country with several of the migrants being asylum seekers and refugees from war torn countries like Syria and Iraq.

Protests also occurred in the country last year when the policy was introduced and tensions have escalated in recent weeks as most of the recent attacks were carried out by migrants.

The protest began at 3pm in Berlin, the German capital. 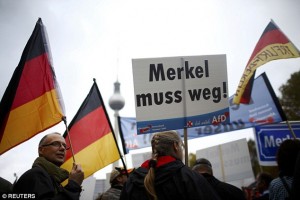 Up to 5,000 people are expected to attend the event which has grown a large social media support with the hashtag #merkelmussweg, meaning ‘Merkel Must Go’.