Beyoncé, Rihanna and a group of other celebrities describe 23 ways a black person could be killed in the U.S. in a new video that urges Americans to sign a petition that calls on Congress for “radical transformation,” including funding for healthcare, education and criminal justice reform. 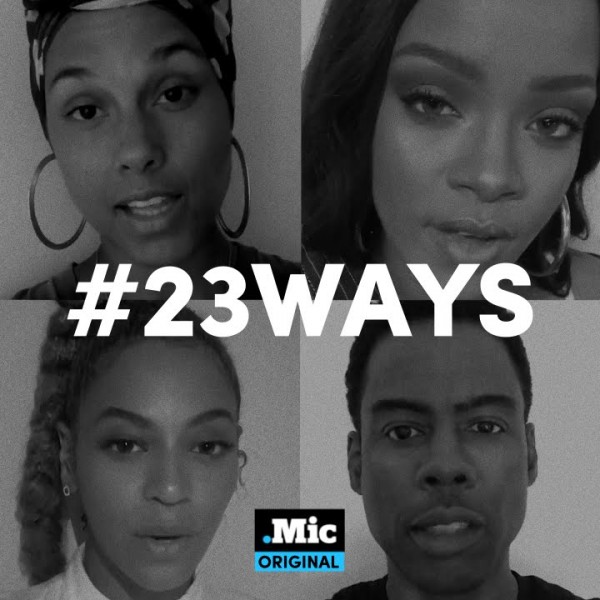 The nearly two-dozen musicians and actors, including Chris Rock, Alicia Keys, Taraji P. Henson and Pharrell Williams, use real-life incidents to highlight the various ways black people have died in the country.

The video, a collaboration between Mic.com and the We Are Here movement, begins with Keys saying, “failing to signal a lane change,” when referring to the death of Sandra Bland, who last summer was arrested during a routine traffic stop in Texas and later died in police custody. Her death was ruled a suicide.