The Lagos State Government on Monday unveiled a new enforcement approach to the State Road Traffic Law, which puts paid to clamping of tyres of erring vehicles; towing such vehicles and consequently impounding them until settlement of fines. 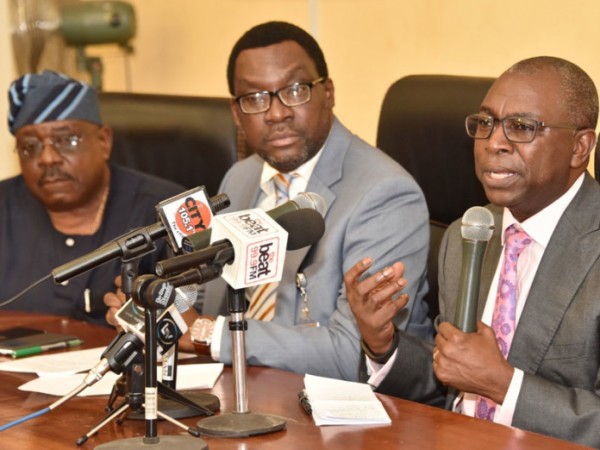 The state government disclosed that the new approach required capturing the offence on video, removing the number-plates of erring vehicles and putting a branded sticker on the windshield of the vehicles to inform the owner/drivers about their offences.

The new method was detailed in a statement, which the Commissioner for Information & Strategy, Mr. Steve Ayorinde, and the Attorney-General and Commissioner for Justice, Mr. Adeniji Kazeem co-signed.

The statement thus defended the new method of Lagos State Task Force of Environmental and Special Offences (Enforcement Unit), which it said, favoured the removal of number plates of erring vehicles over clamping down and towing of vehicles.

It explained that any driver that violated the road traffic law would be invited for trial at the Special Offences Mobile Court which, it said, might sit at any nearby local government office or at the head office of the task force at Alausa, Ikeja.

It pointed out that it was within the purview of the traffic law enforcement officers “to identify violators of traffic laws and have them booked and tried according to the peculiarities of their offences without clamping their tires or tow the vehicles.”

It, therefore, denied allegations of highhandedness against officials of the Task Force and those of the Special Offences Tribunal (Mobile Court), thereby describing the coterie of complainants on social media as hypocritical and manipulative.

It said: “The new method being adopted by the special task force particularly for illegal parking of vehicles or obstruction of traffic simply involves capturing the offence on video and removing the number-plate of the erring vehicles.

“It also requires putting a branded sticker on the windshield of the car to inform the owner/driver of such cars about their offences and invitation for trial at the Special Offences Mobile Court which may be sitting at any proximate local Government office or at the Special Task office at Alausa in Ikeja.”