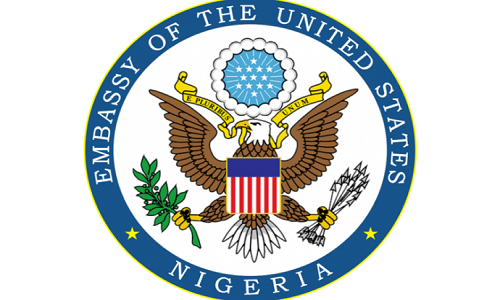 The United States Embassy has warned of possible terror attacks on hotels in Lagos, especially those frequented by expatriates and foreign visitors during the public holidays to commemorate the end-of-fasting festivities.

The Federal Government earlier declared Tuesday and Wednesday public holidays but added Thursday, after the Sultan of Sokoto and spiritual leader of Nigerian Muslims, Alhaji Sa’ad Abubakar III, declared that the Ramadan fast continues today (Tuesday) as a result of the non-sighting of the moon yesterday.

In a statement on its website Tuesday, the US Mission in Nigeria alerted that “groups associated with terrorist activity might be planning attacks against hotels in Lagos frequented by international visitors, including those located on waterfronts, during the Eid-al-Fitr holidays”.

The US Embassy’s latest warning did not mention a specific group but urged its citizens resident in Nigeria to “review your personal security plans, remain aware of your surroundings, including local events, and monitor local news stations for updates”.

It also urged them to be vigilant and take appropriate steps to enhance their personal security.

Boko Haram is Nigeria’s most active terrorist group and despite fears that it has sleeper cells outside the North, where its activities are pronounced, But Boko Haram insurgents, the sect is yet to launch any major attack in the Southwest, where Lagos is located.

While similar warnings by the US Consulate in 2011, 2012, 2014 and 2015 for its citizens to be on high alert against possible terror attacks in Lagos, the warning this time around might not be unconnected with a spate of bombing attacks by ISIS and its affiliated groups in Saudi Arabia, Iraq and some other countries in the past few days.